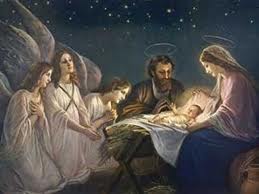 As a hospital trauma unit chaplain, I see up close agony, shock and intense, heart numbing grief. Fatal heart attacks, auto accidents and suicides are daily fare. I can’t fix people, and thus far my prayers have not raised any from the dead. But I can find the courage to walk beside the wounded and bring them my calm and compassion. I often pray with the afflicted for peace.

Peace is a valuable commodity. But is it really available?

Yes, it does show up in ways that are beyond human understanding. I believe it’s available because our Savior bestowed it on his disciples and all believers today.

Isaiah 9:6: For unto us a Child is born, Unto us a Son is given; And the government will be upon His shoulder. And His name will be called Wonderful, Counselor, Mighty God, Everlasting Father, Prince of Peace.

The great prophet Isaiah spoke those words about Jesus some 800 years before He was born in Judea. He came into a world of chaos and turmoil not unlike our world today. While our nation has beheadings and random murders by extremists, police assassins and foreign government hackers, His land was occupied by Roman soldiers and ruled by murderers. The Romans likely invented crucifixion and used it to control those they ruled. Herod the Great was a brilliant madman King who murdered members of his own family and many rabbis. To exterminate Jesus, he ordered all male Jewish babies two and under to be slain. An angel appeared to Joseph, telling him to flee to Egypt, saving Jesus’ life. The Judeans hatred for the Romans that was to erupt into a full blown war some six decades later already seethed in the hearts of budding Zealots.

Judea, like America today, was anything but a land of peace.

This Prince of Peace told us to pray for our enemies, turn the other cheek when we are slapped and love our neighbor as ourselves. Whoa! While even his disciples expected him to wage war on Rome and the Herod family, he walked to the cross without defending Himself: His physical war against the world’s evil forces still in the future.

While he said those who stand with Him as Messiah will have opposition, even from their families, He guarantees His followers peace. John 14:27: “Peace I leave with you, my peace I give unto you; not as the world gives, give I unto you. Let not your heart be troubled, neither let it be afraid.” John 16:33: “These things I have spoken unto you that in me ye might have peace. In the world ye shall have tribulation; but be of good cheer; I have overcome the world.”

Yes, there can be confidence in our most perplexing moments, strength in our weakest hour, and the light of Christ at the end of our darkest tunnels. The paradox that only God could orchestrate is not lost on me; a man who lived a previous life filled with chaos, turmoil and anguish now walks alongside others suddenly hurled into that same world of uncertainty and pain, and in that finds peace.

We serve a supernatural God. I often witness that supernatural peace descend to earth like the hoard of angels at Jesus’ birth. I’ve seen women fall to the floor to wail for their suddenly dead children, only to rise with eyes holding the steely glint of hope. I’ve seen men find the courage to weep openly, only to lift their chins with the determination to outlive their mourning. As surely as I see sudden death, I see peace.

No wonder the heavenly host who witnessed Jesus birth declared to the world: “Glory to God in the highest, And on earth peace, goodwill toward men!” (Luke 2:14)

Peace, the kind that invades our hearts and eases our souls no matter our circumstances, has arrived.

May you find Christ’s peace this Christmas.

Hello I ordered your book Feb/8 and have not received it as of yet, can you please give me an ETA.
Thanks Pj Lopez used Pay Pal.

Just now saw your post on my blog. I sent the book according to paypal but just checking. If you read it, did you like it?